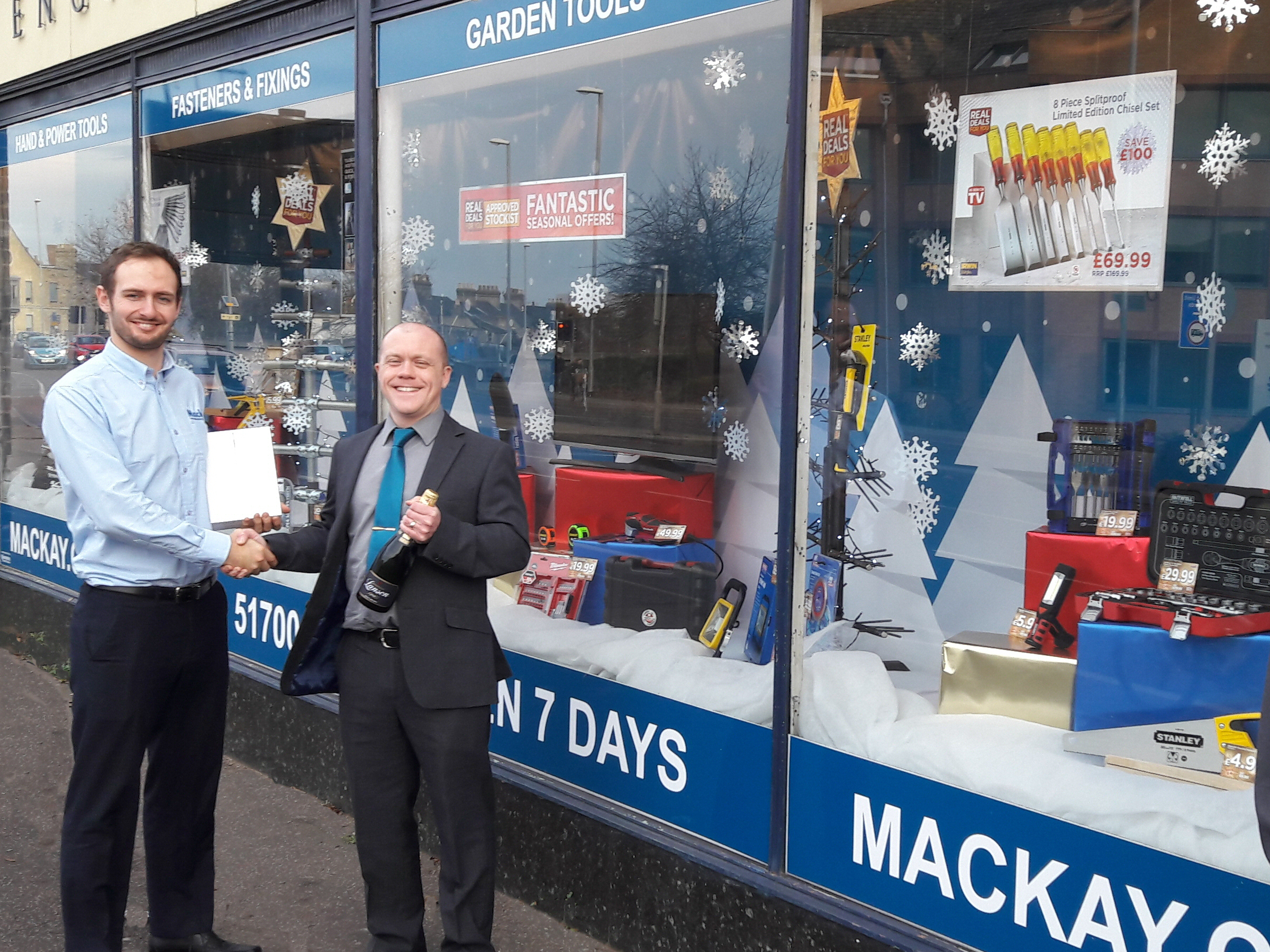 The'Real Deals'Shop Window Competition is sponsored by Toolbank the UK's largest Hand and Power tools wholesaler. The Window competition is open to all of the more than 2000 participating independant dealers involved in the'Real Deals'promotion. Approaching 300 of the participating dealers took up the challenge. The competition was judged by a totally independant team of experianced industry experts and this yearMackays of Cambridge came 1st nationally.

Mackays have entered the'Real Deals'shop window competition each year since the promotion was first introduced by Toolbank. Last year Mackays came second nationally, so this year Neil Mackay was determined that Mackays would top the podium.

“I gave the team in the warehouse free reign to design their own individual tree, therefore each of the trees has a quirky original style to it. We have even had customers asking us to manufacture them to take home!”

Neil Mackay then set his colleagues in the front shop the challenge of creating four separate window displays, each display to be based around one of the metal 'Alternative' Christmas trees. The project team was headed up by Marketing Manager Sam Wilson.

“I was delighted with the way Sam pulled all the elements of the project together. I set his team a tough task to make sure we wonGOLDthis year. Sam's team won through, I could not be more delighted!”

A great deal of time and effort has also been put into our website that features a dedicated section for'Real Deals'. The website includes and makes the most of all 67 brilliant videos that Toolbank have created, take a look at theEinhell Multi Toolfor an example.

Now thatâ€™s what we call a winter wonderland! Congratulations to our window display competition winner@MackayCambridgegreat job!pic.twitter.com/BYGGnjNZs1 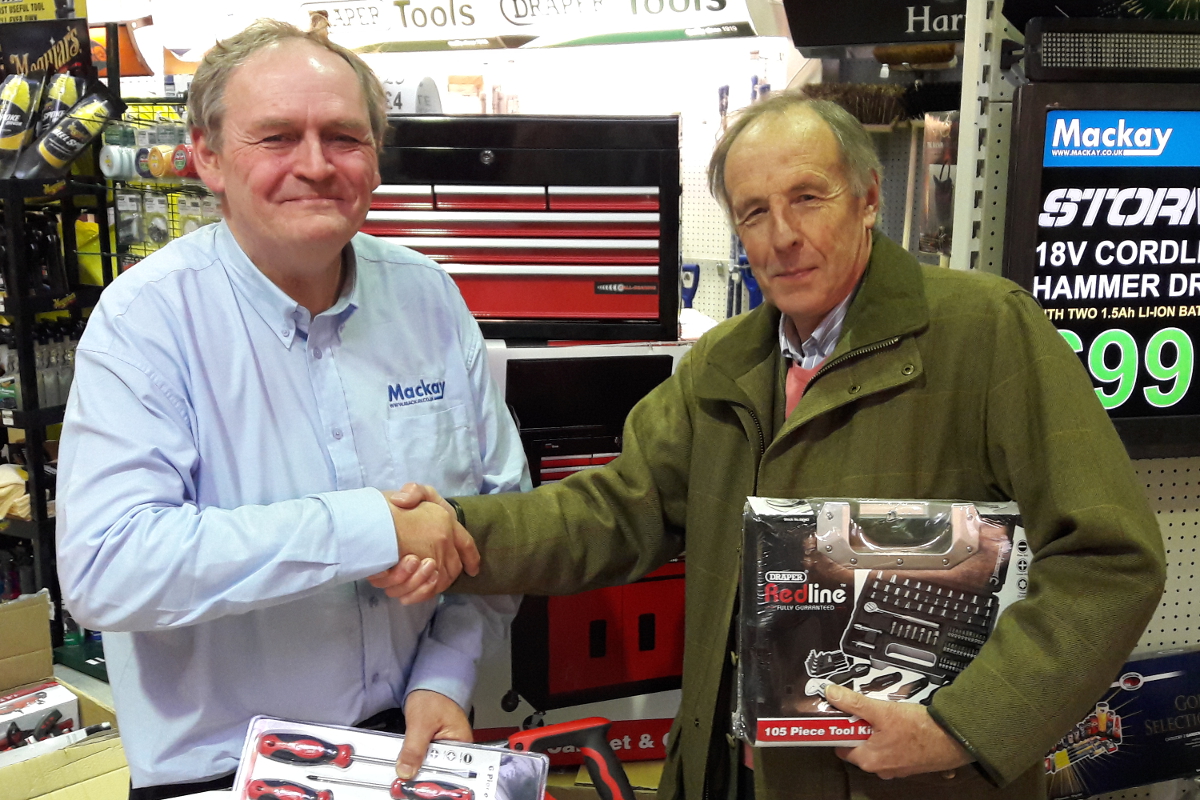 This year we gave you the oportunity to win an amazingDraper Redline Toolkitworth over Â£500! To be in with a chance to win, all you had to do was Subscribe to our email newsletter. 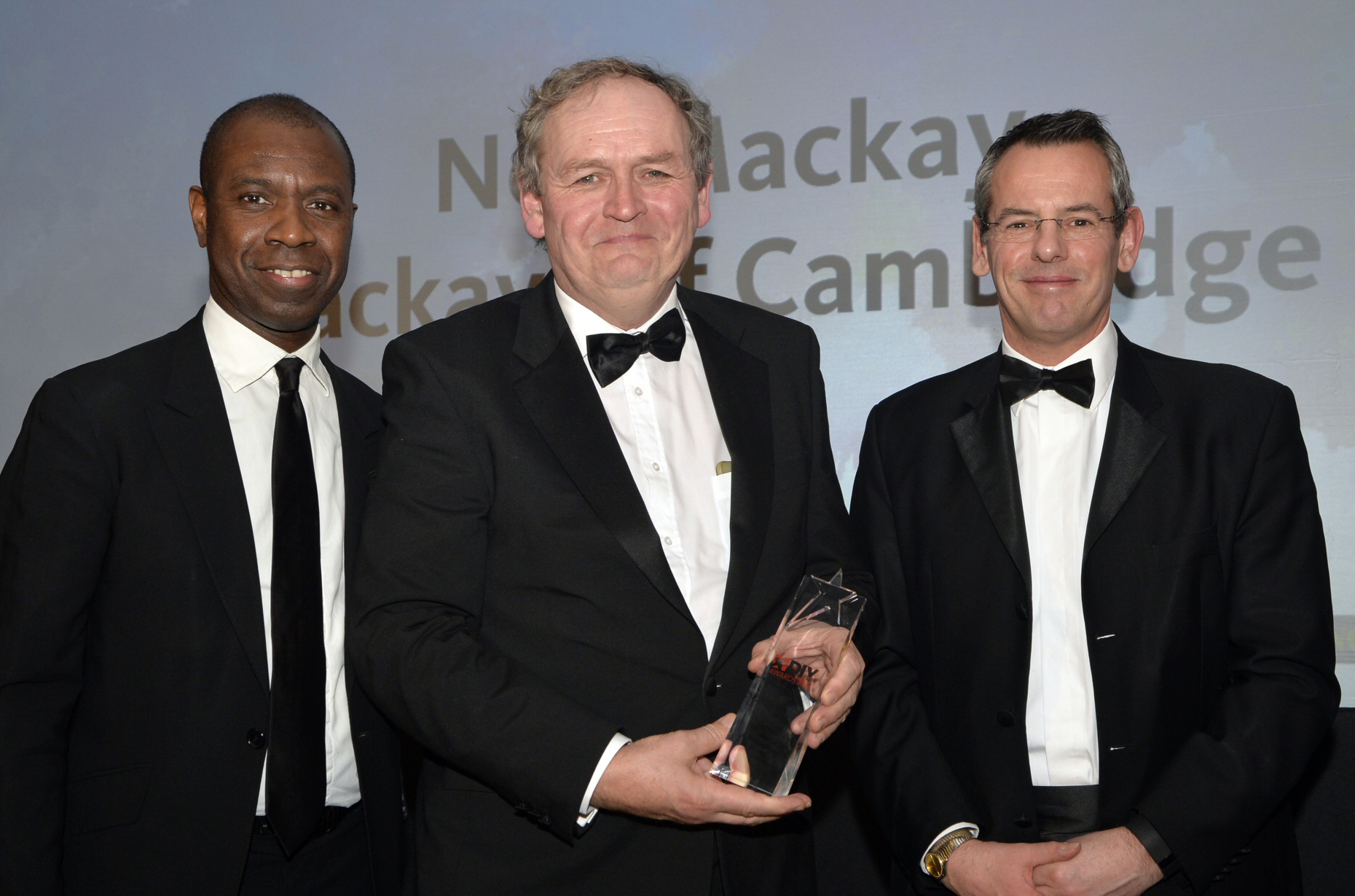 Hundreds of leading DIY and garden suppliers, wholesalers and independent and multiple retailers came together at the 2017 DIY Week Awards on Tuesday 7th February.

The winners of the industryâ€™s most prestigious accolades were revealed to a packed audience at the event, which took place at the National Motorcycle Museum, Birmingham during the Spring Fair.